The Thai National Women’s Volleyball Tournament 2018/2019 ended on March 17 after the final was somewhat different when Nakhonratchasima defeated Chonburi 3-0 to take the championship. The final ceremony of the Thai National Women’s Volleyball will not be of much concern to Vietnamese fans if they do not award Tran Thi Bich Thuy as the best Middle Blockers in the tournament. 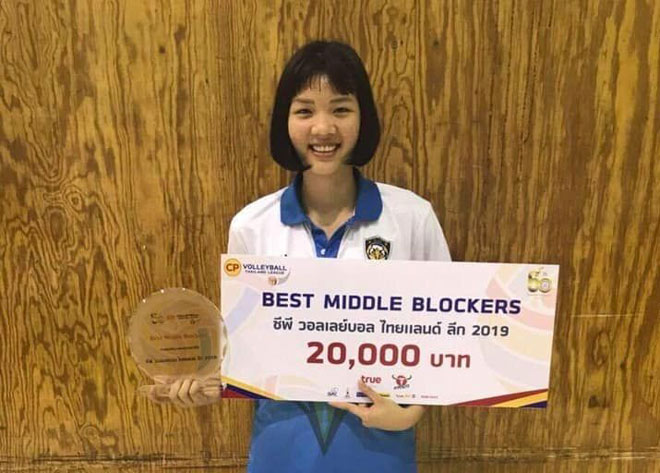 Bich Thuy received 20,000 bath (about VND 15 million ) for the title of best Middle Blockers in Thailand.

This is a very surprising thing for professionals, early in the season Thuy Bich and Trinh Khanh were two players who were brought to Air Foice by the Hanoi Club to accumulate experience but Bich Thuy did excellent. It should be emphasized that there is no favor from the organizers, Bich Thuy’s title is entirely deserved when she has scored a total of 147 points, the second best assist to block the tournament..

On the list of the 8 best athletes in the Thai volleyball tournament, Bich Thuy did what only Ngoc Hoa did in the 2013/14 season, then Ngoc Hoa was Thailand’s best middle blocker when playing for Ayutthaya. 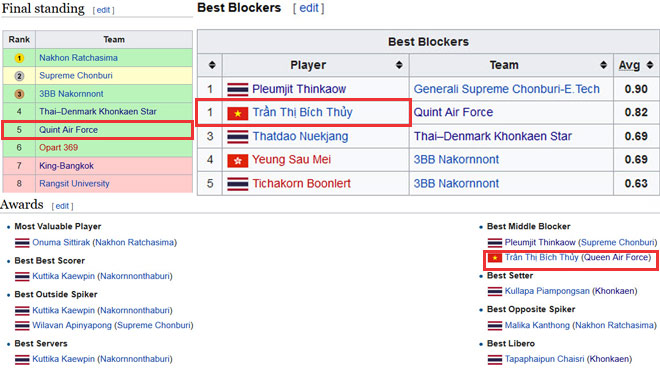 Bich Thuy helps Air Force stand at 5th place, the individual has the best block in the tournament. 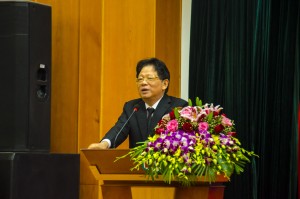